Our office is entering its 7th decade.

The firm “Yiannis Vikelas & Associate Architects” was founded in 1960. It was later renamed to "I & A Vikelas & Associate Architects", when Alexios Vikelas joined the firm in 2000. The office has dealt with almost every subject in architecture, from interior design and private houses, to urban developments and large scale projects, such as airports, factories, parks, museums and hotel resorts. It has also been involved in the design of major Olympic venues and recently in the field of restoration and remodeling of historic or listed buildings.

In 2010 there was a retrospective exhibition held at the Benaki Museum displaying all major studies and built projects until then, followed by a special monograph.
In general, the firm has gained its reputation by the design of high-rise buildings in the seventies, shopping centers in the eighties and office buildings in the last thirty years.
Studies of private houses and residential complexes, interior design and shops are maybe not widely known in a total of nearly one thousand studies and constructed projects.
Many remarkable architects have teamed up with the firm, in different periods of time, among them, Alexandros Tompazis, George Manetas, Dimitris Philipidis, Dino Georgiou, Daniela Drakouli, Stavros Koutlis and Dimitris Antoniou. 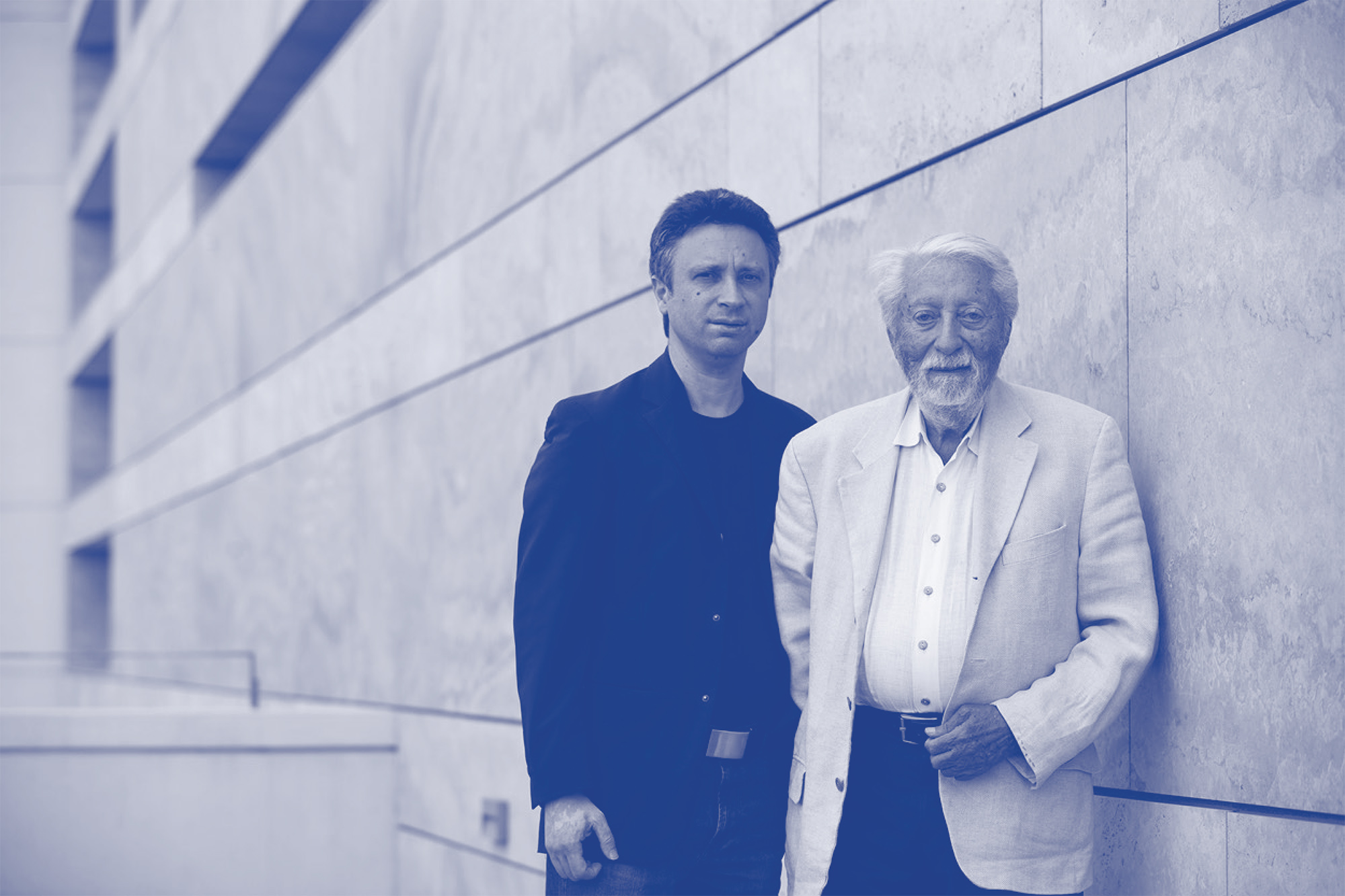 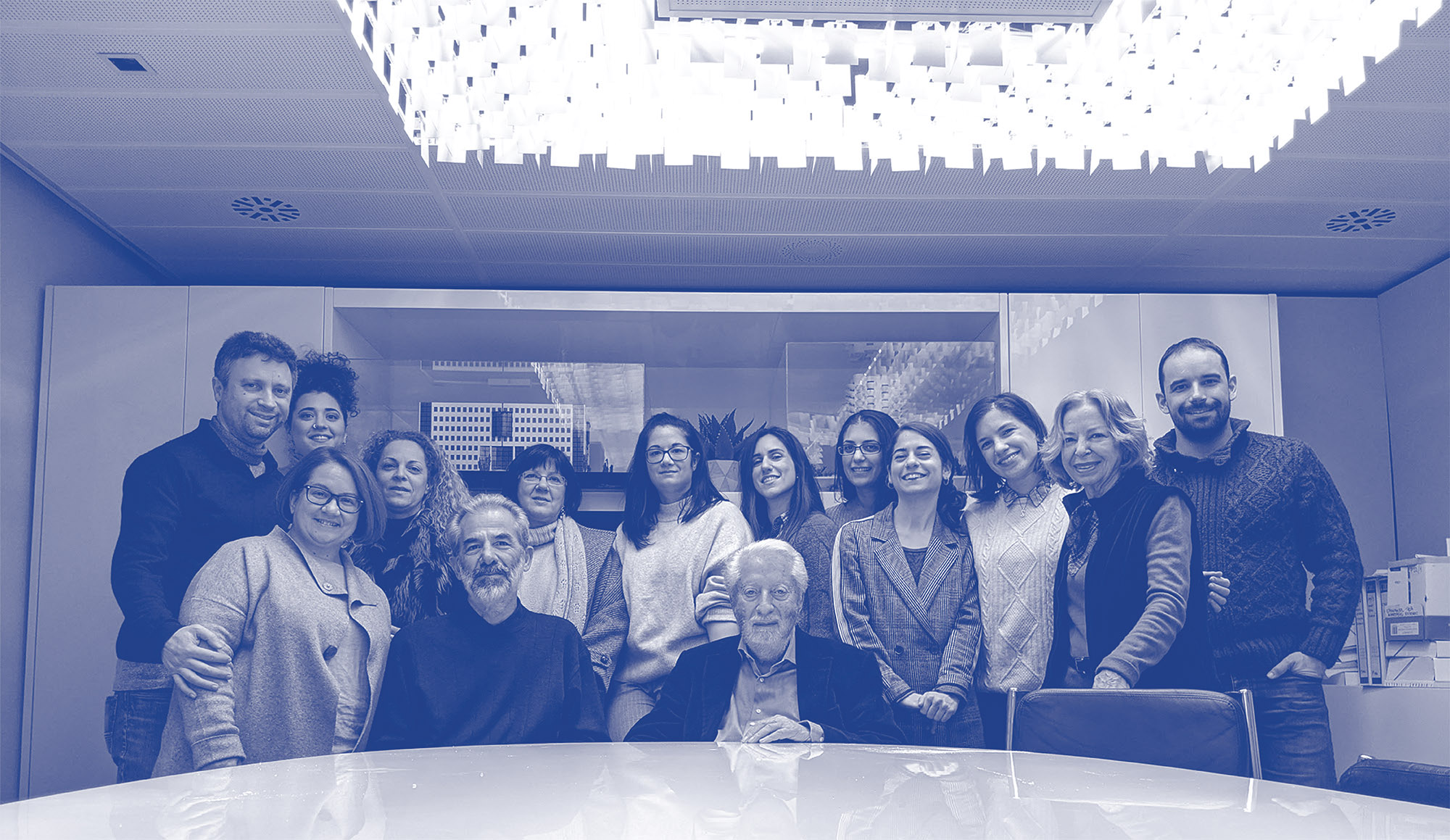 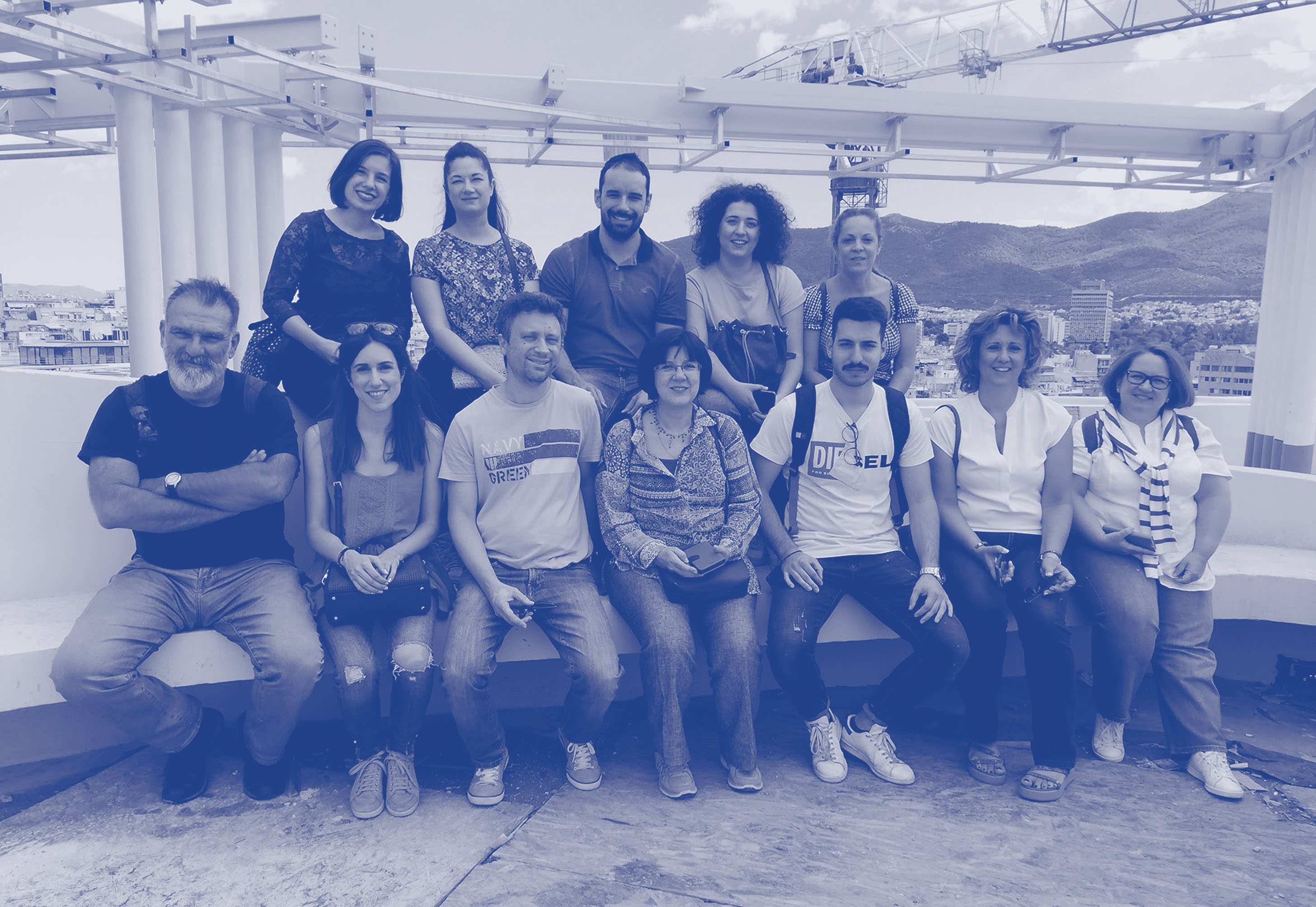 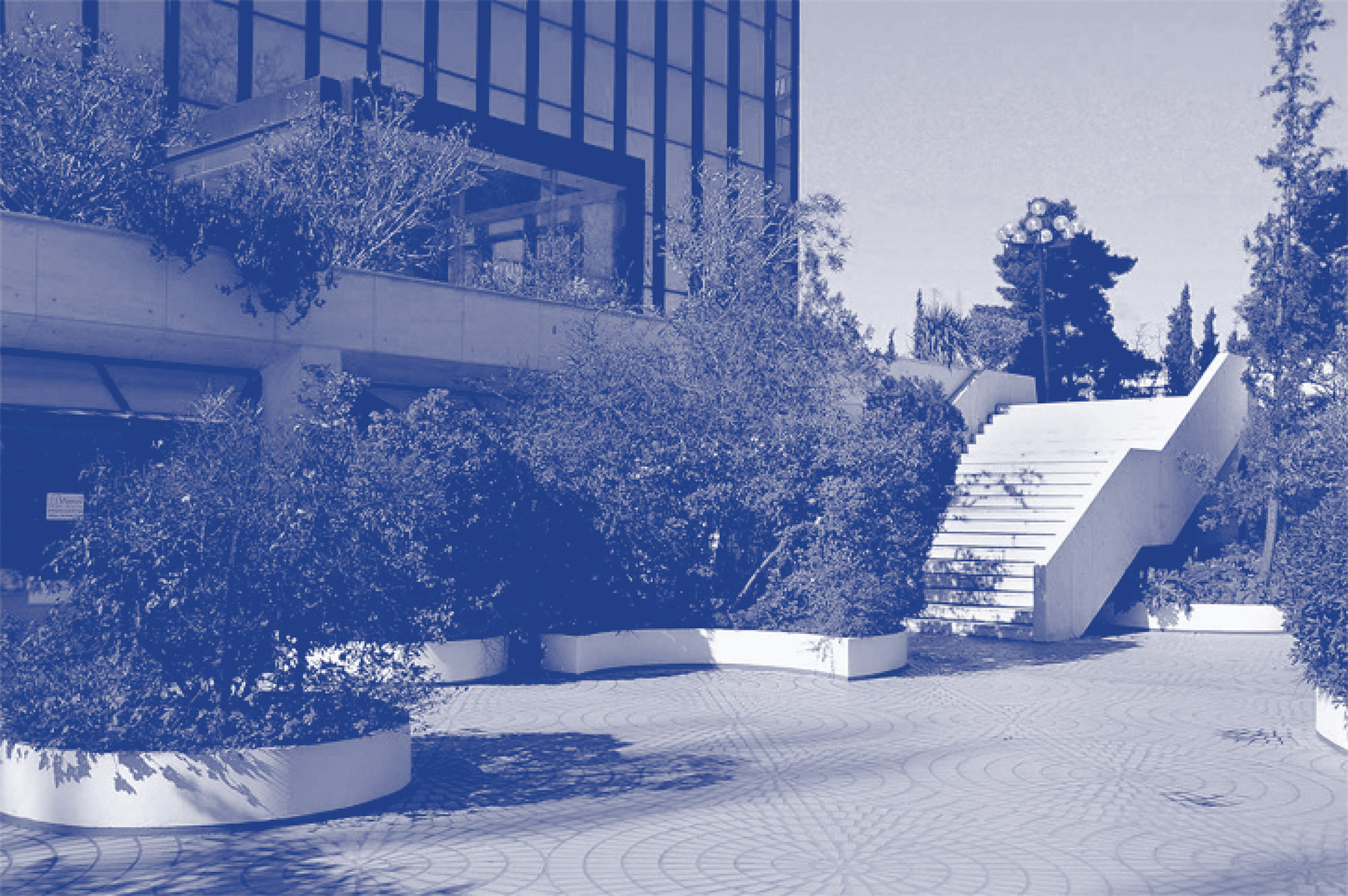 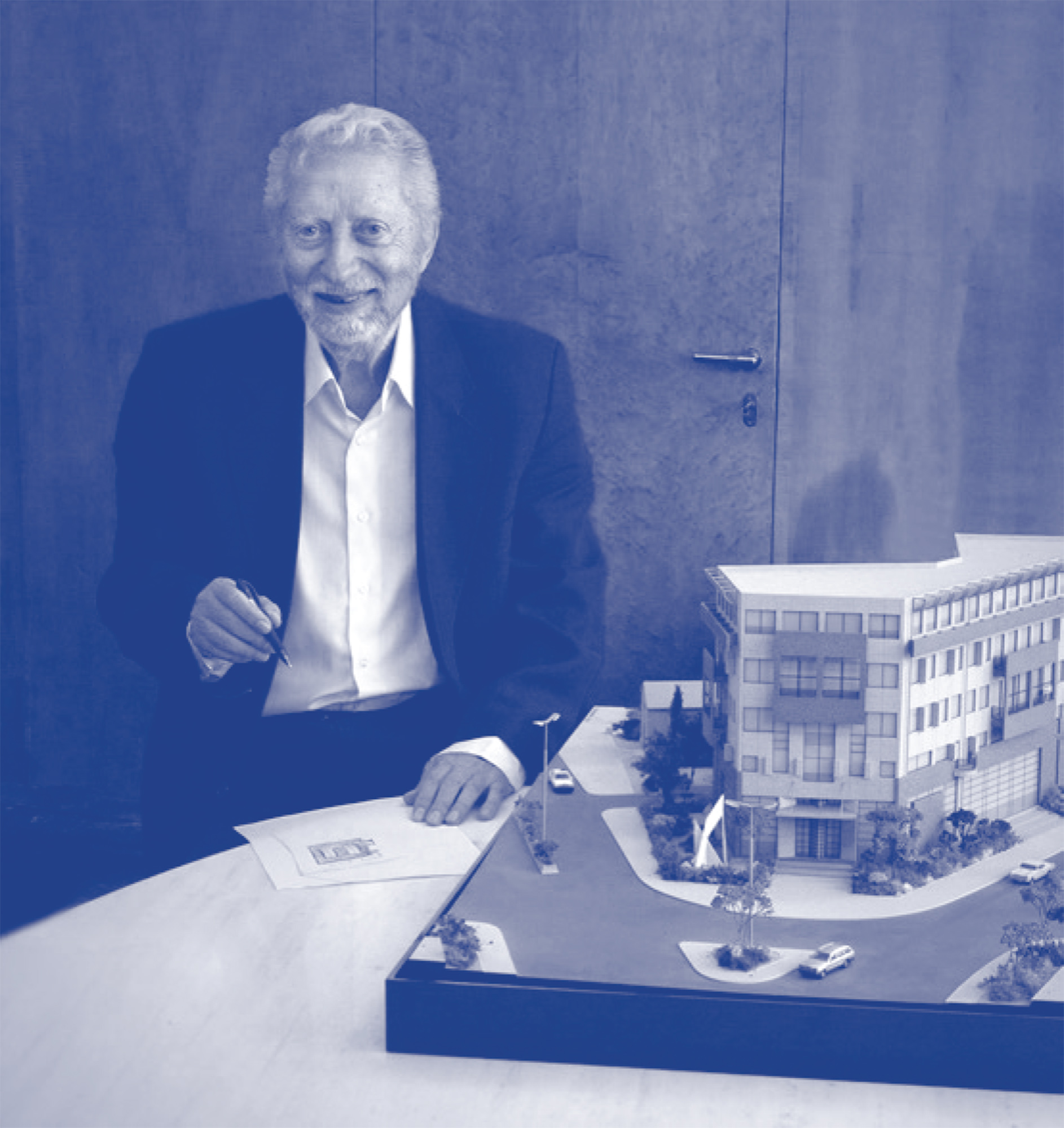 Yiannis Vikelas was born in Paris in 1931 and when he was five years old, the family settled in Athens.

He concluded his studies in 1955 and received his Diploma in Architecture from the National Technical University of Athens (NTUA).
Immediately after his graduation, NTUA’s Architecture Department professor, Kostas Kitsikis, selected him as his assistant. Afterwards, he remained on board until 1962, as an assistant for the Head of Buildings and Construction Technology, Professor Cyprianos Biris.
He has participated as an active member in architectural conferences around the world, Mexico, Paris, Belgrade, Amsterdam, Chicago and Berlin.
He has also taken part in international conferences concerning high-rise buildings (skyscrapers), some in New York, Berlin, Tokyo and Hong Kong.
He has given many lectures, among others within the Technical Chamber of Greece, the National Technical University of Athens and the Polytechnic School of Patras University.
He has repeatedly been elected as a member of Architecture Reviewing Committees, as well as for Architectural Contests. In 1974 he was elected as a member of the Board of Directors for the Technical Chamber of Greece.
His work has been put on display in major architectural exhibitions in Greece and abroad.

After his graduation in 1955 and parallel with his academic duties, he began his professional activity.
In a time frame of nearly 70 years (1956-2020), he has designed and supervised the construction of more than 800 projects of many architectural types, some of which are:
Urban planning schemes, apartment blocks, residential blocks, private houses, office buildings, high buildings (towers), ministries, city halls, libraries, educational institutions, hospitals, industrial buildings, churches, museums, exhibition installations, shops and banks, shopping centers, supermarkets, cinemas, airports, factories, public car-parks, public squares and landscape design, as well as grave monuments.
In 1980, together with architect H. Skroumbelos, he established the urban & architectural studies company, METRON O.E. Later, in collaboration with both H. & K. Skroubelos, he has designed, among others, important Olympic venues, such as the Olympic Sailing Center in Agios Kosmas, Attica.
In 1989 he was assigned to design both the internal and the external arrangement of two of the most luxurious cruisers in Europe.
He has dealt with a wide range of interior design projects, with one of the most prestigious being that of the Greek Parliament.
Interventions on historic buildings are another important topic, which has occupied his work, weather it was to internally arrange spaces within preserved envelopes, or to make extensions or complete renovations and reconstructions. An outstanding example is the extension, restoration and renovation of the Gennadius Library in Athens.
He has designed and supervised most of the high-rise buildings in Athens, including:
o Seven Office Building Skyscrapers
o Three Apartment Towers and
o One Hotel Tower
In addition, he was honorably requested to design the grave monument of Constantinos Karamanlis, which is situated within the Karamanlis Foundation for Democracy.
Finally, it is worth mentioning that in 1976, one of the greatest modernist architects in the world, famous Brazilian architect Oscar Niemeyer, wrote a very honoring letter, concerning architect Yiannis Vikelas, to the Greek Ambassador of Brasília at the time.
He has repeatedly written in prestigious daily newspapers and has given interviews on the radio and television about issues of architectural interest, but also defending matters critical for Greece, involving both architecture and urban planning. 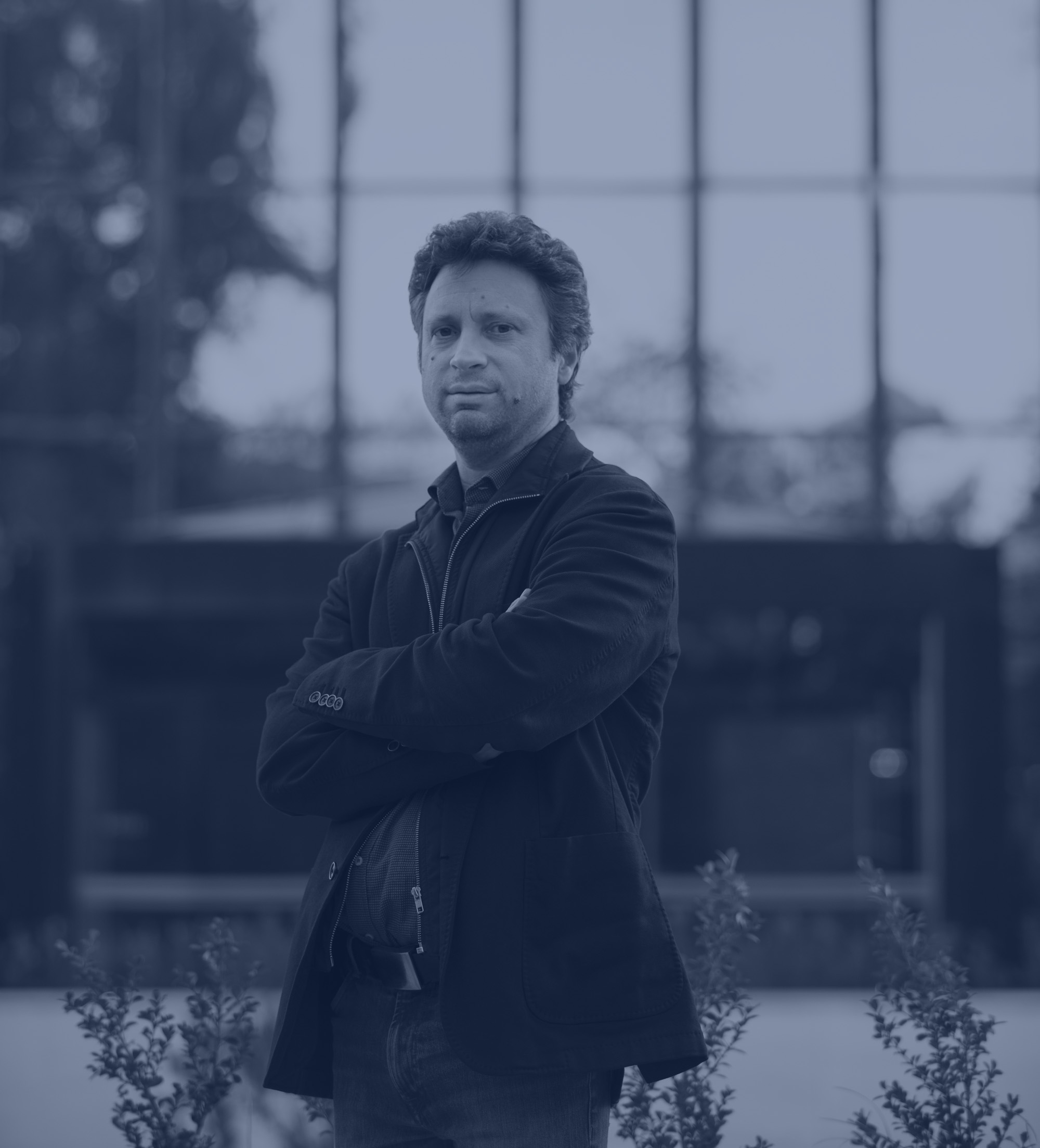 He was born in Athens in 1969. He graduated from the Greek National Polytechnic University of Athens in 1995 as an architect engineer.
He received the Master’s degree of the Department of Architecture in the School of Fine Arts of Düsseldorf, Germany in 2000. He also obtained the special Title of “Meisterschueler” of the School of Fine Arts of Düsseldorf for his total student research and achievement during his post-graduate studies.

He has attended several workshops, such as "Building in the water", Interventions at the Harbour of Rotterdam: Workshop at the department of Architecture, Berlage Institute (Amsterdam 1996) and Architecture and Media: Workshop at the department of Architecture of Berlage Institute (Amsterdam 1997).
He has actively participated in architectural congresses, about the design of high-rise developments using new building materials and technologies (Düsseldorf 1998, Athens 1999) and he regularly attends congresses related to energy saving and rules of sustainable design from 2003 and then on.
In this context, he attended a postgraduate program of the EUREC Agency (European Renewable Energy Centers Agency) at the University of Athens about sustainable and low-e energy design. That was a laboratory with a wide set of invited speakers and tutors led by Professor Mat Santamouris.

He started his professional activity even before his graduation in 1995.
He made a practical exercise during seven weeks at the technical office Mohammad Jardanneh in Jordan, within program IAESTE – 7/8 1992.
In the frames of his postgraduate studies, his research was focused on urban and social questions, particularly dealing with programs of developing and organising the city of Lavrion during the after industrial period. Moreover, he was in charge of constituting a special inquiring team and distributing work in its members, during the period 1997-1999.
He took part in an International Architectural Ideas Contest of U.I.A. against poverty with proposals of social and architectural content for the homeless people in Paris – 1997.
He participated in various national and international competitions – 1997 until today.
He had been a collaborator in the Magazine “Architectural Perception” with writing articles and critics on major architectural subjects, as well as correspondences from abroad - 1996/1999.
He is the head of design and supervision departments and managing director at the firm “I. & A. Vikelas and Partner Architects”, from 2000 until today. He was responsible for the design and supervision of the shopping mall Riverwest-IKEA and the new Museum of Contemporary Art in Athens (inauguration took place in October 2019). In the field of office design he was actively involved in the design and supervision of about 50 office buildings and mixed-use developments.

We have worked and continue to collaborate with many important architects and designers.

Some of our clients from private and public sector are

Our work has been featured in the following media